Battle of the Bands Results: Diana Krall wins a close one

I am back with the results for The Battle of the Bands for May 15th. I am publishing the results a tad late. I am blogging again after being unplugged for a few days. Wasn't planned that way it just happened. My work scheduled change to more normal hours which is great for the family, life work balance thing but apparently not so good for the blogging balance.

The battle was close with Diana Krall winning 9 votes to 6 over Prince. It was a fun Battle to put together. What will I come up for in June? I have no idea but check back for that battle on June 1st.

I did get to review one of Diana Krall's concerts almost four years ago at Wolf Trap for DC Metro Theater Arts, you can read my thoughts on that show here. Hard to believe that was four years ago. Life changes. We could reminisce all day or I could share some songs.


Thanks for visiting and I will be back soon I hope!
Posted by Mike at 8:51 AM 3 comments:

Battle of the Bands: Prince, Artists, Genres Folk to Jazz

Welcome to my Battle of the Bands for May 15th. The day is getting late and the 15th fell on a family day. Here are the rules: You pick the one you like best by casting your vote in the comments. I tally them up and I will announce the winner on the 21st. I encourage you to check out the other mighty Battles and if you want to join up details can be found here!


I am still stuck on Prince a bit. I wanted to pick a song to showcase his guitar talents since my last battle concentrated on his songwriting abilities. Some how my fancy turned to piano. Now I know my other contestant is known for her jazzy piano playing and has a few fans in the Battle of The bands network. Funny though the song is from one of my favorite songwriters who is quite gifted on the guitar as well. I hope you enjoy.

The Song: A Case of You


The winner is up to you. I look forward to your comments and  I will be back with a new post.

I've shied away from reading Rudyard Kipling's Jungle Book. I had seen a couple of movie versions and I know the story  has been my excuse. I do enjoy Kipling's works that I have read Kim and Captains Courageous.

However, I did see the new The Jungle Book movie...


Funny that is in the trailer, I did enjoy Scarlett Johansson as the snake.

After watching the movie I may need to go back and read the book. The movie was good and it was part of Daddy/Daughter date. We ended up having the whole theater to ourselves so it was like a private screening. My daughter got a kick out of that for some reason. I wasn't fond of the ticket prices for movies. Everything is 3D and I thought $22 for a movie was a bit high. One of the reasons I go see bands in clubs sometimes seeing bands is cheaper than movies.

I think this version is better than the  other film adaptations of The Jungle Book. Have you seen this film yet? Do you think it is better than the others? In the end it was money well spent. Quality time with my daughter is priceless.

The results are in and Chris Cornell won. It started out looking like a landslide but the results ended up being close. Chris Cornell received 8 votes, All Angels stayed in the race with 6, and Sinead captured one even though she wasn't in the competition.

Hopefully my Battle on the 15th will be close as well or at least fun!

Here he is with Soundgarden with "Black Hole Sun"..


Thanks for visiting! I will be back soon with a new post! A new battle will be on the 15th!

March Reads: The Power of Nice 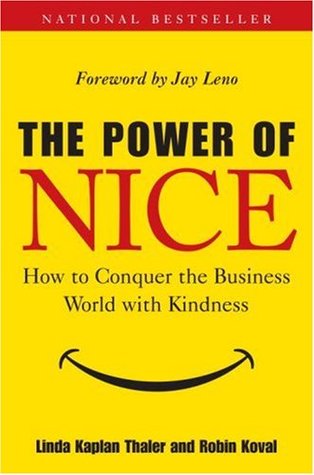 This is another book I read in March that I didn't fit into the A to Z: Challenge. You have heard the old saying "attract more bees with honey" apparently that can be true in business. The authors have a great deal of success in the advertising business so that gives them some credibility.

It is a short read, with some examples of nice and some steps to achieve the power. A lot is common sense but sometimes we need to read common sense. Can apply in business and your personal life.

Well I'll be back with a new post soon!

Yesterday was a Good Day!

Yesterday was a good day. Today I am paying for it like a drinker who drank to much. Instead of a hangover I think I have a sunover! I feel it primarily in my neck. Yes I used two  rounds of sunscreen but the sun was deceivingly brutal.

I am amazed how the weather can be different in a matter of just a couple hundred yards. Where I was there was a constant wind and plenty of cloud cover. The sun did have time to peak out frequently. Apparently the sunscreen lotion I sprayed on was basting oil.

Yesterday could easily have gone the other way. I had to get up early to get her somethings from school. Funny how parents are told about those things at the very last minute. Then I drove about an hour to find my fishing spot only to discover I left my tackle box at home. The nearest tackle store was about a half hour away and if I went there I would have to pay the toll again. Then there was the big fish who got away, taking the hook line and sinker. So easily the day could have turned the other way but it didn't.

I had enough fishing gear in my car to make it work. I also had a wonderful view to watch some of the finest pilots work.

I am talking about the Blue Angels. My pictures don't do them justice.  They came a lot closer as they were practicing and I was treated to several flyovers and they practiced most of their formations and stunts. What they can do certainly wows me! That being said I also saw several other Navy pilots flying during the day.

Yes the big fish got away. It wasn't good. The pole was bent, people were coming over to see what you have and then snap! Sometimes the fish wins! As a consolidation prize  think I caught the ugliest fish of the day.

I also made a new friend..

Then before I left I went over to the other side and took a stroll on the beach. The dunes blocking the wind. The water coming from another direction. No chop in this water.

To top the day off I was able to pick my daughter up from dance. I was able to take her to dinner and shopping for her teacher and Mother's Day. In other words I was able to squeeze in some quality time!

Not perfect, but a darn good day! 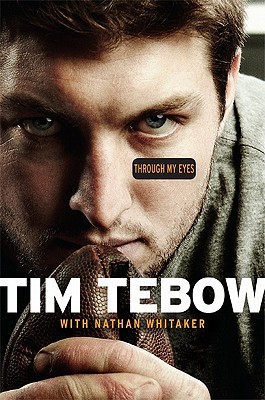 Filling in the blog with a post about some of the books I read in March. One of the books was Tim Tebow's Through My Eyes. As a Florida Gators and a football fan the book appealed to me.

Yes Tim Tebow worked hard to be a successful quarterback in college. I read through a few Goodread reviews and no one mentioned how much his parents sacrificed/spoiled him so he could be successful.

Reading the book I came away with why Tebow only wants to play quarterback.

It was also interesting to read his takes on games, wards, players and faith. As expected it was in the book.

Tim Tebow in the NFL may have been  bust. However, in life he has been a success and helped a lot of people. His future will be interesting and that might make a better book.
Posted by Mike at 10:43 PM 2 comments:

May: The Month Ahead

May is here. The A to Z Challenge is over. Some of you may wonder what the month ahead looks like for this blog. I am wondering too!

I will blog about some books I read in March and wasn't able to fit into the challenge. I only read one book in April so I will post about it. I managed to catch a movie in April so that will be on my list.

I might do something to blog about, someone will have a birthday, and current events will count for a few more posts.

Just like that the month fills up. I invite you to stay tuned and see what happens!
Posted by Mike at 9:14 PM 4 comments:

Labels: Blogging, The Month Ahead, writing

Battle of the Bands: Nothing Compares 2 U!

Well the madness of the A to Z Challenge is over and it is back to the normal madness of another month and another Battle of the Bands.

Here are the rules: You pick the one you like best by casting your vote in the comments. I tally them up and I will announce the winner on the 7th.


Last month Prince past away, so I thought I would pick a song written by the artist. My choice for the battle is "Nothing Compares 2 U!." One is a tribute and one is a cover. The song was originally a hit for Sinead O'Conner. Her version is here for reference not in the contest.

Here is the Battle!

Please vote in the comments and we will see who wins!  Late edit. I apologize this link didn't make it into the post. Please visit to check out who else has a great Battle going on.